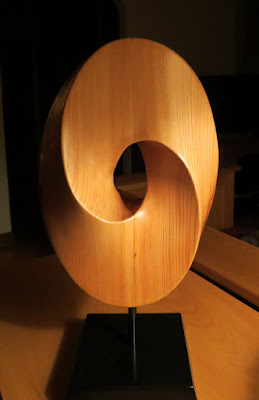 I've been salvaging old douglas fir beams from building demolitions for carving. Douglas fir takes on this wonderful texture when it gets old: it becomes more consistent, less difference in hardness between the rings, and it's easier to carve across the grain than new fir. With a sharp chisel, you can make big, bold cuts. Very satisfying. These two mobius carvings were early projects from reclaimed fir. 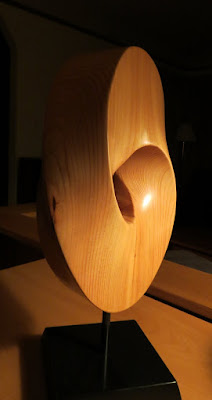 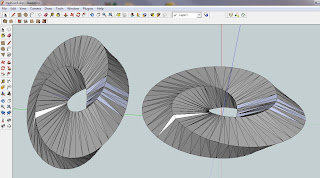 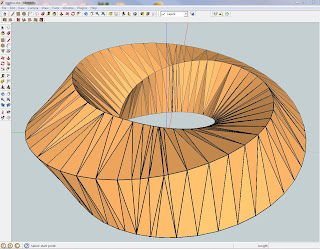 To make the small mobius, I started with a donut with a round cross-section, traced the corners as they wrapped around the part and carved a flat surface between the lines, being careful to measure the flats  radially. The larger one was harder: I made it in two halves, doweled together. The majority of the shaping was performed on each half separately, then the finish work was done with the part glued together.
at 10:04 PM No comments: